World Marrow Donor Day (WMDD) is celebrated globally on the third Saturday of September. In 2021 WMDD held on Saturday, September 18.

The campaign, which originally was held as a European event in Italy, Spain, France and Belgium, was expanded by the WMDA to a worldwide celebration in 2015.

The main objective of WMDD is to thank all donors worldwide. Unrelated donors, family donors, cord blood donors, donors who already have donated, and donors who are on the global registry waiting to donate.

Secondary objective is to raise awareness among the general public and decision-makers about being a stem cell donor and the impact of blood stem cell transplantation on patients’ lives. For many children and adults in need of a transplant we are unable to find a match within the global registry with millions of donors and therefore, more potential volunteer donors need to be recruited. This is especially true for patients with mixed race or from ethnic minorities.

A JOY BEHIND GIFTING A LIFE

Abhijeet, an a young 20 years old boy from Saharanpur, Uttar Pradesh, had registered with DATRI at Chandigarh University when he was just 18 years old. I was amazed by his commitment to helping Blood cancer patients. Not only was his commitment, the support that he got from his family, especially from his parents, was commendable. Throughout the donation process, his mother was by his side.

So, I reached his father and planned to give a surprise to Abhijeet. He was astonished by the visit and was happy. He then appealed to youngsters to register with DATRI as a blood stem donor and shared his donation experience. As promised, after the donation by Abhijeet and his mother, his father and a younger brother registered with DATRI as blood stem cell donors.

This visit is connected to World Marrow Donor Day(WMDD). It is a special day celebrated once per year to thank all blood stem cell donors worldwide. We thank unrelated donors, family donors, cord blood donors, donors who already have donated, and donors who are on the global registry waiting to donate. It is also a day to raise awareness among the general public and decision-makers about the importance of registering as a stem cell donor and the impact of blood stem cell transplantation on a patients’ life.

A STORY OF A SELFLESS LIFESAVER-SHRUTI GOEL

Shruti Geol, a 20 years old student, registered herself as a voluntary Blood Stem Cells Donor in Gateway College Sonipat in 2020, where DATRI had set up an awareness and registration camp.

After a year in 2021, she went ahead and became a match for a patient suffering from a fatal form of Blood Cancer. She was the only one in a million HLA-matched donors for this patient. When Shruti came to know that she was a match, she was extremely positive and forthcoming during the first call itself. Her mother, Mrs.Sakhi Goel, was an immense support throughout the donation process and stood by her rock solid. She was also greatly supported by her father and brother Shivam, who motivated her greatly to donate after knowing that it was a safe process. Today they are proud that she helped in saving a life.

On the occasion of World Marrow Donor Day, we from DATRI would like to say a BIG and heartfelt thanks to Shruti and her family. When we met Shruti at her home to thank her, she was delighted and informed that she would motivate others to come forward and register as voluntary blood stem cells donors.

Presenting to you a fantastic video curated for all our donors on the occasion of World Marrow Donor Day, we would like to Thank All Our Dear Donors for their Courage and Never-ending support to Gifting a Life. Our sincere gratitude to your inspirational stories, dear donors, for saving lives and encouraging words to the world full of many more potential blood stem cell donors.

DATRI family thanking you many times, in different languages from many parts of the world today and always. This video was written and composed by our employees at DATRI, Mr. Charlie Jacob, and his family. Our sincere appeal to each one, please like and share this video to spread the word across people to become the future saviors.

In association with Indraprastha Apollo Hospital, DATRI organized a donor and recipient meet to celebrate World Marrow Donor Day (WMDD). All the donors and the recipients were Thanked for their support to DATRI for saving many lives.

Mr. Darasing Khurana, Brand Ambassador, DATRI, also graced the occasion, addressed the audience with many inspiring and real-life and complimented the donors and recipients with mementos from DATRI.

The entire event was an absolute success when a specially curated video by DATRI was released online to Thank all the donors from all over the country in many different languages! 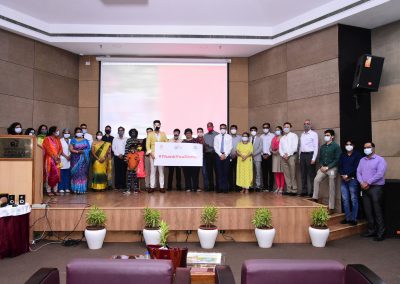 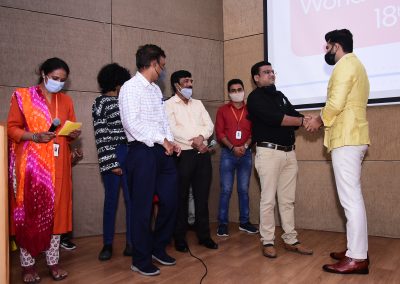 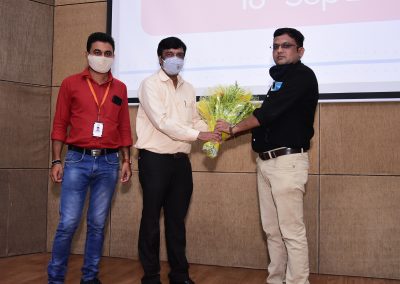 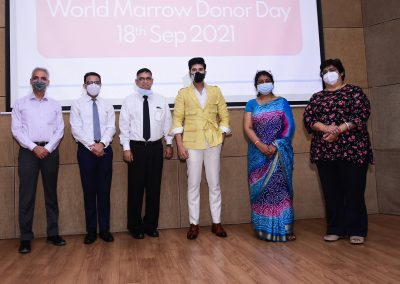 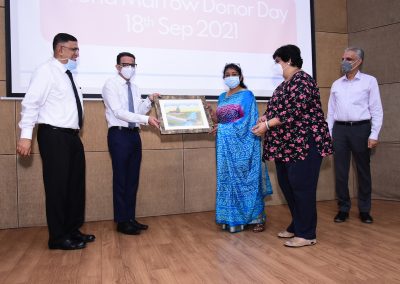 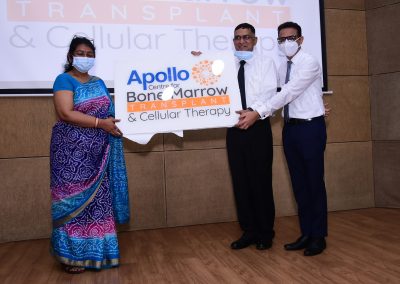 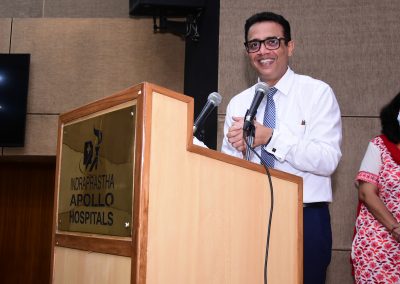 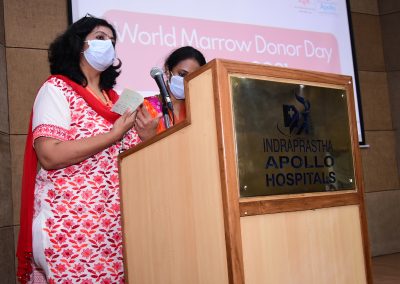 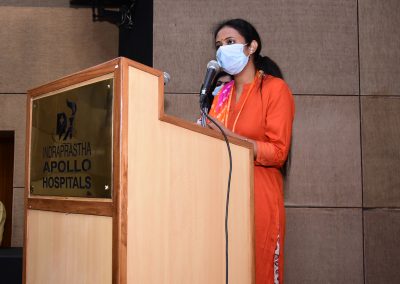 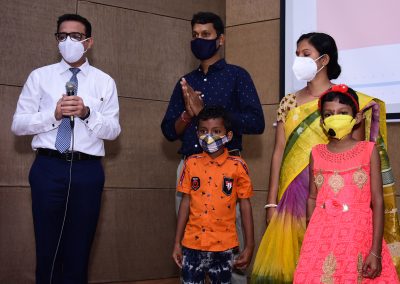 The festive season is upon us, bringing with it -hope and happiness.

This Ganesh Chaturti, the people of Mumbai welcomed Lord Ganesha with love in their hearts and by truly embodying the teachings of Bappa. Mumbai boy Vipul Sawant has been battling a serious blood disorder and needs a life-saving blood stem cell match. No registry in the world has a match for him, and the only way we can help Vipul and others like him is by registering as many people as possible, with the hope of finding that one elusive match.

Vipul has been active in the various Ganesh, Mandals of Mumbai and helped DATRI conduct several registration drives across the city.

The CHINCHPOKALI SARVAJANIK UTSAV MANDAL, the Udayananda Seva Mandal, the Raje Shivaji Yuva Pratishthan, and the Lalbaug Sarvajanik Utsav Mandal, Ganesh Galli (MUMBAICHA RAJA) collaborated with DATRI to make the registration camps happen. Team DATRI and Vipul, and his volunteers collaborated very closely with the Ganesh Mandals to ensure that all COVID safety protocols were followed, that police permissions were sought, that sufficient awareness was done well before the events.

Some of the leading Marathi newspapers like Saamna, Pudhari, etc., covered the news both pre-event and post-event. We saw several Marathi TV celebrities put out video appeals in the days leading up to the registration camps. News channels like ABP News and Sakal Media covered the events, thus helping spread the word.

The DATRI team- people in the field and the office staff worked tirelessly for the four weekends leading up to Ganesh Chaturti to ensure that the ball wasn’t dropped. Swabs were shipped on time, thousands of forms were printed, the field staff traveled to the venues and worked long hours, all driven by the single goal of helping Vipul and others like him.

To the beautiful people of Aamchi Mumbai- Thank you for your love. You opened up your hearts and showed up in large numbers, and registered. You showed us how it’s done! Across the four Mandal drives, 1189 people registered as blood stem cell donors. Maximum City continues to deliver!

As we bid Bappa goodbye on Saturday, we carry on knowing that many of these 1189 people will go on to save lives someday. 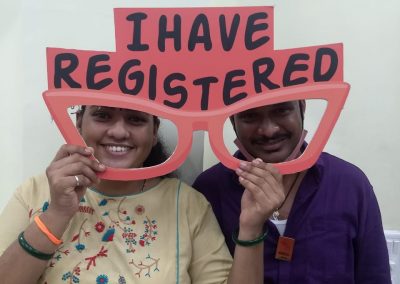 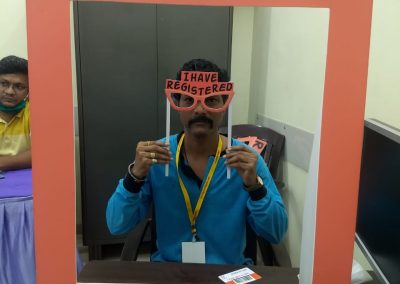 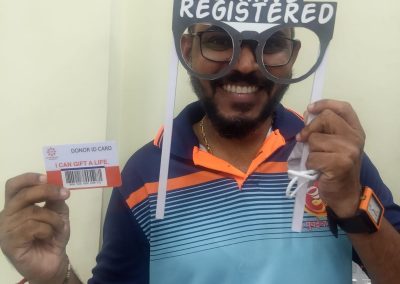 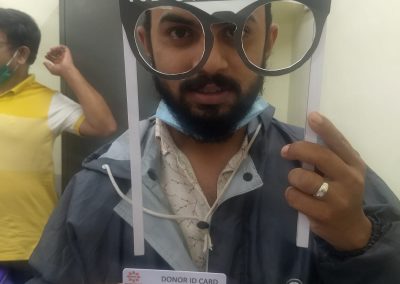 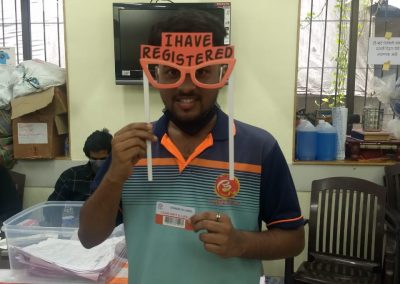