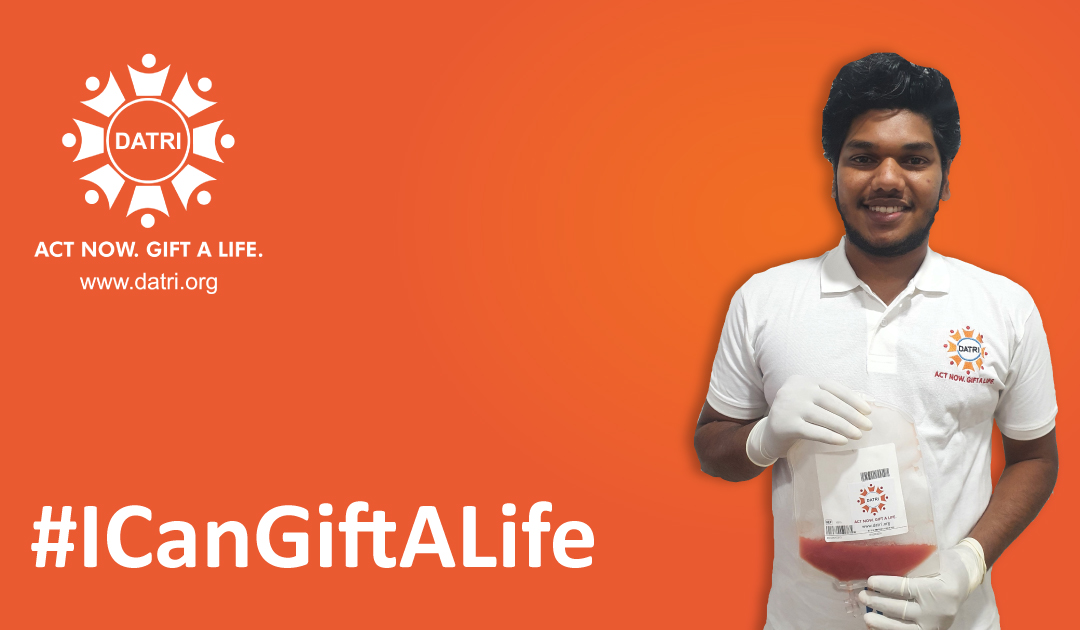 Faris Yousuf was pursuing his engineering at National Institute of Technology, Calicut, when he was registered as a potential Blood Stem Cell Donor with DATRI, India’s largest Blood Stem Cell Donors Registry; during a donor registration campaign conducted by National Service Scheme Unit in NIT-C Campus.

Though many donor registrations have been conducted at the campus over the years, we have registered approx. 2500 potential blood stem cell donor, this is an extremely low number and we need to create awareness about Blood Stem Cell Donation and encourage more and more people to sign up as donors.

Blood Cancer can affect anyone, but ethnic heritage is a very important factor in finding a matched donor. A patient is most likely to find a matched donor who has the same ethnicity because people from the same ethnic group. Therefore, possibility of finding an HLA matched blood stem cell donor increases with more and more donors registered.

For over 100 types of blood disorders like Blood Cancer, a Blood Stem Cell Transplant is the final hope to give a second chance for a patient to survive. Indians have maximum chances of finding a match within Indians. Unfortunately, less than 1% of the population in India has registered with DATRI and it is a real struggle for Indian patients to find a matched donor

The decision to donate life giving blood stem cells can often cover several stages. First, the donor decides if he wants to go ahead.  Faris was motivated by his friends, who were a positive influence on him. When you are someone’s final hope, the efforts from donor to understand the importance of his blood stem cells and try to gift a life is most important.

Faris researched the cause and read extensively on blood stem cell donations and also reached out to a donor who had previously donated. This gave him a hands-on donation experience.

Once Faris agreed to proceed, DATRI organized a complete and extensive health check-up to ensure the Faris’s safety. Donor safety is one of the pillars of DATRI. Faris met the doctor and cleared all his doubts.  Once the reports were seen by the doctors, and Faris was cleared for donation, we confirmed dates that were mutually agreeable to Faris, DATRI and the patient’s doctor.

Blood Stem Cell Donation is an outpatient procedure similar to platelet donation. Here the donor has to commit a little more time as he is required to travel for the health check-up and donation to a nearest certified hospital. The procedure takes an average of 3-4 hours. At the end, a few hours from your life will be gift a second chance at life not only to the patient but also their family!  #GiftALife